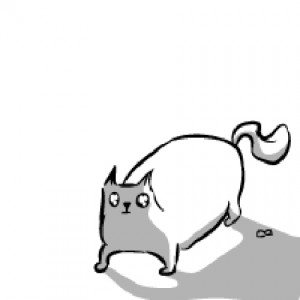 There were not a lot of books in the house because I was brought up by a single mum who was working two jobs, but I do remember a comic that used to get delivered every Saturday morning. There was this story about these cats ‘Drag A Chair Puss Cat’ and ‘Never Hangs His Coat Up Puss Cat’; I used to be waiting at the doorstep for the delivery man to bring me this comic and it used to last me all week it was a glorious world where cats did strange things. I was probably about five or six but I know that I went to school being able to read, so somehow the comics taught me how to read.

I was born in Newcastle in the 60s and if you’ve ever seen the film Get Carter that’s exactly what it was like. I lived on one of those terraces that ran down to the Tyne. Everyone talks about the psychedelic 60s; I can only remember the 60s being in black and white, and so there was a lot of escapism and a lot of watching TV and a lot of American TV so in a way people have said that my novel is very aspirational, and I was aspirational. I was inspired by my upbringing, which made me aspirational as well. I was brought up by very strong women, in particular my mum, my grandma and my Auntie Josie, who has to be the very best storyteller ever. She wrote stories for community magazines and did A’Level English when she was seventy years old. She had a rich imagination and an incredible memory for incidents that happened in the family and would recall them and make them incredibly humorous.

I was also inspired by the psycho-geographic nature of the North East and some of those scenes in the book are informed from events in my childhood. I was able to delve deep into my emotional memory bank to bring some of those scenes to life. I would say that this was the most important aspect of my becoming a writer – the influence of my childhood. My first crush was Valerie Singleton on Blue Peter. I was probably only about seven or eight then. There was always a different way of looking at things for me. I always looked at school plays from a different viewpoint. Never told anyone but I always imagined that I was the prince or my prince was a girl and so I think everything wrapped up in my childhood, where it was, how it was and why it was, all three influenced the way I write.

See the whole of Jacquie’s interview on the Zitebooks channel: https://www.youtube.com/watch?v=gr1xa005c9c