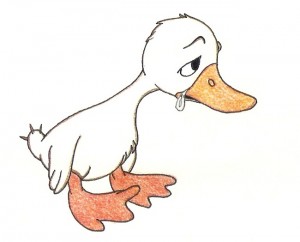 The ugly duckling song came into my head this morning. For those who do not remember the old story, it is about a duck who  is disliked because he is ugly – but he turns out, in the end, to be a beautiful swan, whereupon he is admired by all.

And I thought – there we had it all those years ago when Hans Christian Anderson wrote it. And was he re-telling an old fable anyway? There it was just as now – with our worship of the famous. And, of course, fame itself.

What is wrong with being a not very attractive duck, one might ask? Why can’t we love and appreciate anyone and everything for what it is?

It reminded  me of words written, some years ago, by Grace Shepherd, who was  the wife of the cricketer and church minister, David Shepherd. It is something I think of often. She wrote, ‘We need to call into question the belief that the most dignified way to be human is to be successful, and to be physically and mentally healthy all the time.’

For a while I attended a class in life drawing. That is the drawing of naked models. The clothed ones sit for the Portrait Class. The pay was poor, so the models were poor. Old, or near tramps.

But to draw you have to look. Look closely. Study. And as I drew, however old or unattractive the person may have seemed  to me at first, they became beautiful, I think, because they were them. Themselves.

What is wrong with being an ugly duckling? Why are you only loved if you are a beautiful duckling? Or a swan?

Like the art class models, what is ugly will become beautiful if you look more closely.

Is Brenda in NeverLand an ugly duckling? Is that all she is, or does she have the swan inside her? Will she transform the ugly duckling self into something neither duck nor swan – something uniquely herself?

One reader said to me that she thought Brenda would never  make it. She has far too much going against her with her unsupportive home.

But Brenda has spirit and strength and dreams that she will never relinquish.

One day, she will become a pretty duck. Or a swan. Or a rather compelling – interesting – ugly duckling.