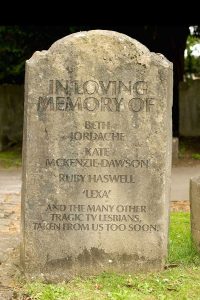 Different for Girls is a novel by Jacqui Lawrence, now shortlisted for the esteemed Polari First Novel prize, the winner to be announced in October 2016, and it is also now going to be made into a twelve part television series for the web.

But it’s never been charged.

The victims have one thing in common.

They are all lesbians. Television is literally getting away with murder.

DIFFERENT FOR GIRLS is here to save the fate of fictional lesbians.

DIFFERENT FOR GIRLS is a web drama series but you can rest assured that no lesbian will be killed or harmed during its making. At least not unless one of them dies from too much love, lust and laughter.

DIFFERENT FOR GIRLS is a web drama series that will feature a group of lesbian and bisexual women whose lives and loves revolve around children, marriage, betrayal and divorce. That is not to say that there isn’t room for drink, drugs, sex and dancing. There is. Just not in front of their wives and children. Set in Chiswick, these women are the real lesbian housewives of West London!

So why are we putting this series on the web?

Because it will be seen

British mainstream broadcasters have very few slots for drama. A lesbian drama makes an appearance, on average, every five years or so. We basked in the reflected glory of The L Word, Lip Service, Sugar Rush and Sarah Waters’ adaptations, but the most recent, the seminal Lip Service, was last seen on our screens in 2012.

Because it will be immediate

The development and production process of Different for Girls won’t be as long or as tortured as mainstream broadcasting. It takes an average of four years from commission to transmission. We want to be able to reduce that process to under a year.

Because it gives us the freedom to cast who we want

We will cast from the most talented lesbian, gay, bi and trans actresses and actors out there. There are many lesbians who have not been able to play on-screen lesbians. Usually lesbians have been played by straight women and, whilst there have been some brilliant performances from these straight actors, we want to redress this imbalance.

Because we can be diverse

We want to cast and crew a more diverse range of talented people from the BAME community.

Because it will allow us to crew from our community

As much as possible the crew will represent the gamut of sexuality and gender in our creative community.

Because it is our home

We are making DIFFERENT FOR GIRLS with a lot of good will and favour but have to raise more funding.

We aim to produce the 12 part series (around 3 hours of drama!) for the same cost of an average one-hour UK television documentary.

We have raised one-third of the funding.

But we need to raise the other two-thirds.

We want and need you to believe in DIFFERENT FOR GIRLS.

The cast is giving their time, enthusiasm and excellence for rates less than they would get for television or film. Because they believe in it.

The crew is giving their time, energy and skills for rates less than they would get for television and/or film. Because they believe in it.

People are letting us use locations for free. Because they believe in it.

People are letting us use their clothes as costumes. Heck, the Executive Producer is donating her wedding dress for one scene. Because they (and she) believe in it.

A car dealer is letting us have prop cars for free. Because he believes in it.

With your help we can make a difference. We can make DIFFERENT FOR GIRLS!

We need to raise £50,000. All of which will go towards pre-production, the shoot and post-production. The end result will be a ground-breaking 12 part series with high production values.

If we don’t reach our entire goal, we will produce as many episodes as possible. This story has to be told.
You can support us on here.