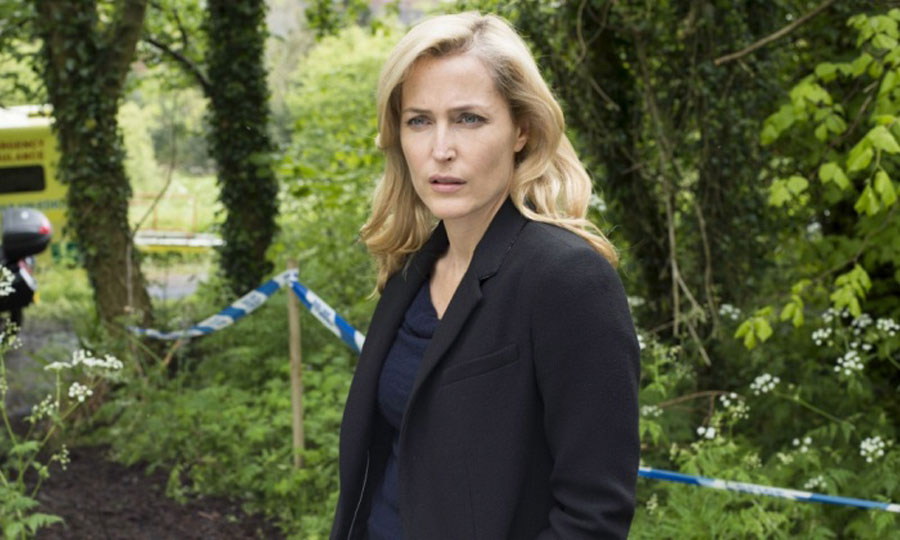 It had to happen. Hollywood has got itself in trouble again. I knew it would because I’ve just come back from there and could see it was all about to kick off.

I am an unashamed Americanist. I have studied the history, culture, literature and politics of California, but nothing prepares you for the sun and enthusiasm of Hollywood – where almost everyone you come across wants to tell stories.

However, it seems that the only stories that Hollywood wants to tell are those for and about men. This is at least what female actors are saying about the movie industry right now. TV still trounces Hollywood when it comes to Strong Women characters.

Hollywood has been berated for its lack of lesbian representation and the dearth of substantial black roles – it is now the turn of the straight white female, single or not, to turn on studio executives and screenplay writers.

Emboldened, perhaps, by protestations from Dame Helen Mirren and Julie Walters, a younger generation including Carey Mulligan and Keira Knightley are up in arms about the lack of good roles for women.

Mulligan told Tine Out this week “in terms of the amount of interesting roles there are for women it’s obviously massively sexist”.

Mulligan is starring in a film about the Suffragettes due for release later this year, which also features another women who has spoken out about the dearth of stories for women, Meryl Streep. She said the fact the story hadn’t yet appeared in film was “hugely revealing” and also described the general “lack of great stories for women”.

Meanwhile, earlier this year Keira Knightley asked, in Violet magazine, “Where are the female stories? Where are they? Where are the directors, where are the writers? It’s imbalanced, so given that we are half the cinema-going public, we are half the people [who] watch drama or watch anything else. Where is that? So yes, I think the pay is a huge thing, but I’m actually more concerned over the lack of our voices being heard.”

Their rhetoric is supported by hard evidence. Research by the Centre for the Study of Women in Television and Film at San Diego State University found that women comprise a paltry 12% of protagonists in the top-grossing films of 2014. Over the past decade, according to the study, the situation has worsened. Major roles for women are decreasing every year.

Following the recent GLADD (Gay and Lesbian Alliance Against Defamation) announcement that television represents the gay and lesbian community better than movies, it is easy to apply the same template to women of all sexuality. Where movies fall short, television provides actresses with a smorgasbord of meaty roles (a suitably Scandinavian word given that region’s excellent track record when it comes to fantastic parts for women).

Just looking at a list of female actors from last year’s UK television dramas, you can take your pick from: Gillian Anderson in The Fall, Olivia Colman in Broadchurch, Sarah Lancashire in Happy Valley, Sheridan Smith as Cilla and Keeley Hawes in The Line of Duty. All of these are vying for Bafta awards, where there are almost too many female protagonists to include – why else would Maggie Gyllenhaal in her role in The Honourable Woman be omitted?

This year’s television looks to be even better for UK dramas. The only character that makes Indian Summers remotely palatable, for me, is Julie Walters as the machiavellian Cynthia Coffin, an appropriate moniker if ever there was one. And who can resist the tantalising trails for ‘No Offence’, the new drama by Paul Abbott featuring a tripartite of female faces, lead by the sublime Joanna Scanlan?

Why is it that television provides better roles for women? According to audience research, the reason better roles have become available over the last decade is simply that as viewership fragments, men have become less important to advertisers who want to reach viewers with control over disposable income. So television creates roles that appeal to women.

Television soaps are important here, not just in advertising terms but culturally too, for both writers and actors. Paul Abbott graduated from soaps, bringing a penchant for strong female parts to drama series and serials along with female writers such as Kay Mellor and Sally Wainwright. Soaps seem to provide a springboard for female actors in the way they don’t for men. Sarah Lancashire graduated from Coronation Street. Jo Joyner, Sally Lindsay and Michelle Keegan are all soap alumni and all star in the gripping Ordinary Lies. I can’t remember when the last male soap graduate ended up in a bigger role on British TV, apart from Ross Kemp who switched genre from drama to documentaries.

In some ways, American television drama serves female actors even better. They have migrated from one-dimensional movie roles to more intelligent television roles where they can command huge amounts of screen time. Why would Robin Wright stick to movies when she can play House of Cards’ brilliant Claire Underwood, easily the best-drawn female part on US television?

She is accompanied by female characters in other political shows: Julia Louis-Dreyfus as Selina Meyer in Veep, Kerry Washington as Olivia Pope in Scandal, Julianna Margulies as Alicia Florrick in The Good Wife and the hotly anticipated (by me at least) Téa Leoni as Elizabeth McCord as Madam Secretary, which debuts on Thursday night. The women have taken over Washington even before Hillary Clinton announced her bid for the presidency.

So at least television on both sides of the Atlantic bodes well for female characterisation and narratives.

As for the movie industry, with Dame Helen Mirren leading the charge against Hollywood’s under-representation of women and asking to be cast in a Fast and Furious film, I think the movie industry will eventually start to take notice. Wouldn’t you?