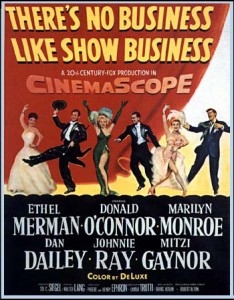 When she discovered that she was, unusually, not going to be with her children for Christmas Day last year, my friend decided she would offer her time to our YMCA, to serve Christmas Day lunch to the homeless and the lonely. Although her children were either abroad or needed more by younger in-laws, she was not to be totally alone, as her sister from New Zealand would be coming for a reasonably long stay. So she thought that the two of them could go together to help.

When she went to apply however, she was told that the YMCA was fully booked for Christmas Day, not only for those needing a meal, but also for those wanting to serve it!

It made me laugh, but also got me wondering if there might not have been more people wanting to help than those wanting to be fed.

I think it first occurred to me when it was New Years Eve and, finding myself forcibly indoors, I decided to see what the television had to offer… Until I realised that all I was doing was watching other people having a good time. Out with other people: celebrating, dancing and singing. And being filmed!

Of course, I did not have to watch it. I could have turned to another channel, or switched off the set to read, listen to music, or phone a friend who I knew would be alone.

But the fact is that these progammes are there and, one way or another, we pay for them, so presumably we are meant to enjoy ourselves by watching other people enjoy themselves.

I am not sure when it was I had the same thought about watching people on the stage – maybe as far back as early childhood, when watching pantomimes.

Certainly, now, I think: I am paying a lot of money to watch these actors acting, being watched and admired – getting applause – and being paid for it. I felt I should be the one paid for being part of their audience.

There is a certain something about being in the limelight, or in any way getting your talents appreciated. Or merely airing them or celebrating that showman side of yourself. Of just getting your qualities, yourself, the you in your life, some recognition.

Unloved, deserted or just – unfortunately for once – alone for your dinner on Christmas Day, would you want to be served like a poor person, like a homeless person, like someone unloved?

Or would you rather be the Mrs Wonderful and Charitable who must surely be a bit of a saint, or at least comfortably off enough not to be actually doing essential, but lowly work somewhere – or indeed needing a free meal? Would it not be an honour to have been unequivocally considered able and intelligent enough to be accepted for this job?

There is a church I know where I do not belong or attend its religious services. I do however go there for a regular social event. The lady who runs this activity also makes and serves cakes for us and for the whole congregation after the service which precedes our event. She does most of the gardening and sometimes the cleaning. Her husband and daughter sing and play instruments in the church choir. The husband is somehow involved with the bell tower. Most of the church members who belong to the group seem intelligent and interesting. My kinds of people. So do the others I meet there, going about their business in the building ( including the Bell Ringer himself). Therefore, when I heard there was to be a garden party, I decided to go, and invited an older friend. She was becoming less able to get out but was a very intelligent lady, constantly looking for like-minded people to talk to.

I went. The people sitting round any table I tried joining did not have much to say (I flitted round a few to find somewhere suitable for my friend).

The tea table was ‘manned’ by all the people I knew from our group, and many of those I had seen about the place and would have liked to know more and wanted to get to know. The cake lady’s husband was showing people the bell tower..

I was deflated, and felt let down. I drank my tea, ate some cakes and tried to entertain my friend.

The bell tower man had a look of such happiness in his eyes. A kind of happiness that I have rarely seen.

The church workers were putting on the show, but the only customers were people too dull to be doing what the showmen were doing.

They did it and we provided them with the audience they needed to do what they enjoyed doing. I don’t mean that nastily. They meant well, and were providing a nice tea and tables to sit at where people could talk. Just because I found no one interesting, it does not mean that nobody else did…

Anyone who took the challenge of mounting the steps to the bell tower – the punters were largely older people – must have enjoyed it. It just occurred to me that the people looking most happy were those giving, being needed, having a role, and above all, belonging. Belonging to a group who were blissful in believing that they were helping and contributing. But maybe those who serve would rather be on the other side ?

So – just in case- I had better get in soon and put my name down to help, as a server, at the YMCA for Christmas this year!

Maybe I am just a showgirl at heart, dancing on the table with a garter round my leg. For that is possibly the dream of two of my characters in Neverland, Brenda and Maggie…

See if you agree!