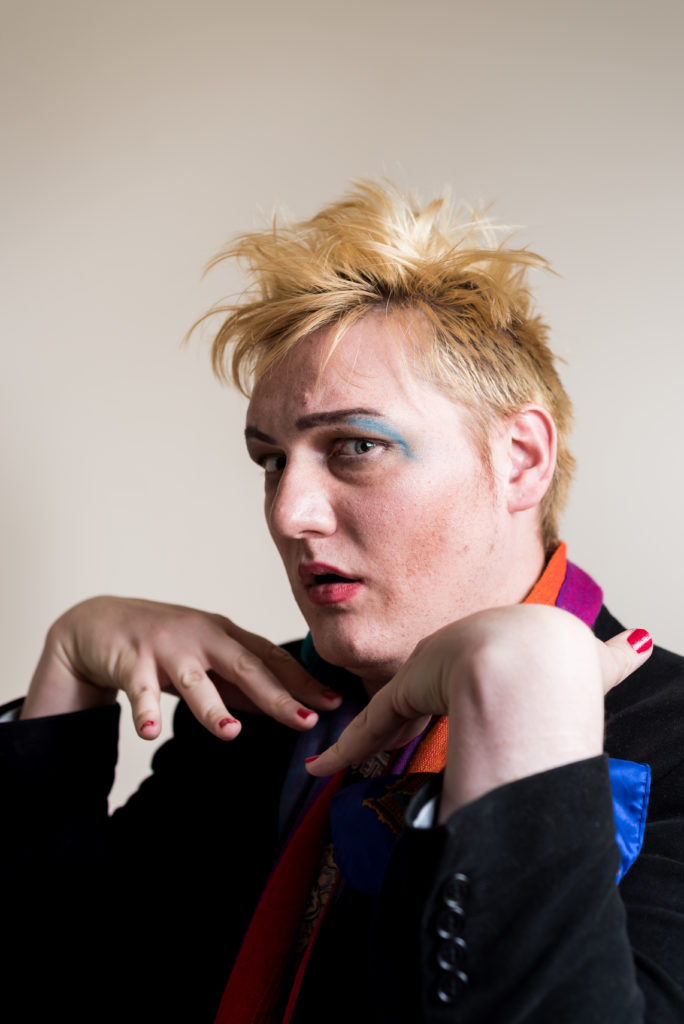 When you do a fringe show, on a limited budget, especially when it’s essentially, a ‘one-person show’, you’re rather limited about what you can create in terms of set. In past shows, I’ve just not bothered with anything, especially when touring. I mean I did a whole tour with a plastic joke-shop arm as the main prop! Although, as time has gone on, I realise it’s nice to sometimes have a little set-dressing here and there.

For Bastardography: The Play – I originally toyed with having a Chinese Dressing-Screen or something, just for a bit of background, or a little table with surreally arranged objet d’art; this is because I’ve been massively traumatised/inspired by Paul Vickers A.K.A Twonkey. In the end I opted for an easel with several boards of varying imagery to rest on. The real set in the show is a soundscape that directs and propels the show, and my oratory really. I love a good soundscape, which I feel we’ve used effectively in two previous shows; Consenting Adults and Romeo and Juliet: A Plunderphonica, brilliantly realised by Matt Reynolds. This time I’m going it alone and constructing my own soundscape. It’s going to have snippets of Pet Shop Boys, Frankie Goes to Hollywood but also the archive recordings of interviews I’ve done with Tori Amos, and interviews with Gay Police Officers; I have a lot of strange unused material on my laptop, stuff that in my shambolic approach to life has continued to accumulate, but never quite came together. They are signifiers to my monologue, and a way to remember my train of thought. I’m not good at remembering lines, although I don’t want to look like I’m skimping… perhaps I’ll learn lots of clever poetry, just to look uber-impressive.