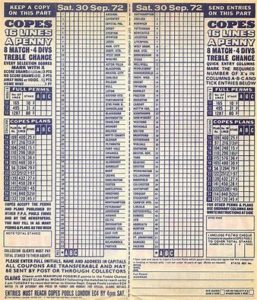 Of all my four children, only my one son has an English degree like me. Like me, he loves words and language, and people, and he is very funny, in a quaint, dry sort of way. One day, as a very young teenager, he said, ‘I like the idea of the sort of person who would say, ‘Best be going now.” Now, as I said in my blog on hot cross buns, I have only to hear one note and I am likely to recall a song from way, way back. So the quotation of that saying immediately brought another saying to me. ‘Roll on tomorrow.’ Like my son, I imagined the kind of person who might say that. I saw a woman, and then her son. Then some more sayings tapped themselves off my computer keys. Very quickly appeared the kind of people they were, and their relationships. And, because I had already got hold of the start of a thread of sayings, more followed, fast and furious. I don’t know whether the sayings wrote the story or the story brought in more sayings.

Listen to Pamela’s story now by clicking this link.

Pamela Pickton‘s novel Neverland is on sale on amazon now, and on all good ebook websites, and read about her travails and worldly challenges in her Zitebooks collection of short stories, Reasons, which is also available to download from Amazon..