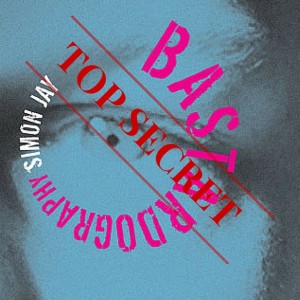 I was just drifting off the other night, listening to the dulcet tones of Mylene Klass and her inane chatter on ClassicFM, when I had a sudden realisation. She was in that awful band. Then I had another realisation, ‘I can be googled’. Now we can all be googled, social media, gmail accounts and profiles, if we’ve so much as e-signed our name, something will come up.

But in the look-out for a job in way of earning a crust, I submit the C.V and the usual application nonsense. I now think, ‘Oh Buddha, they can read about my entire bloody life’. Which is a nauseous thought. Of course, going in I knew this; I haven’t given anything away that I couldn’t live with if people knew en masse. But I never thought that it could be used against me.

I’m too trusting. I thought I’d just put out my life story, about the breakdowns and the bullying in the hope that it might help someone. I would’ve loved such a personal book when I was going through that.

Still you can’t choose what people do to you all you can choose is your reaction to it. I’m happy with anonymity, I hate the idea of being known, especially when it’s such a cheap, disgusting currency that everyone wants to get their grubby mitts on these days. You’re not anyone unless you’re someone.

I was at a lunch with my partner on Sunday, meeting a group of new people, and their previous knowledge of me stemmed from the fact that one of the party had read some of my book. It’s weird to have your personality precede you. It’s also liberating because you don’t need to explain yourself. Nor can you disguise who you really are, which I used to love to do. Pretend I was a certain type of person, reinvent myself for each new audience.

I also had a sneaking suspicion that my therapist would google me and find out about the book. They wouldn’t do that would they? It would make sense though.

Still even if you write a detailed step-by-step account of your life (which Bastardography isn’t, it’s a memoir not an autobiography, the common experience of homophobic bullying and mental breakdown is detailed and far more interesting than describing my persona) you’d still only reveal a small percentage of yourself. The real you is in the moment, it’s in the chance conversations in shopping-queues, the laugh you have at parties, catching up with old friends. As Lady GaGa says ‘you won’t have my heart and you can’t have my mind, so do what you want with my body’… is that it?