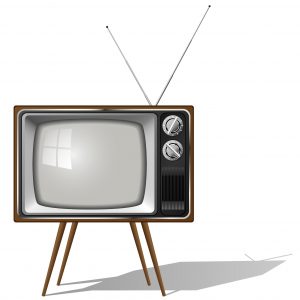 Mindfulness, as I have long understood it, is being in The Moment, whatever you are doing, whether washing the dishes, or something more enjoyable.

For whatever you are doing, normally your mind wanders.

I guess watching television could be described as mindless. It is certainly a lazy occupation. Other activities may require you to turn a page, mix up some paints, concentrate on the baton of your orchestra’s conductor, keep your eye on the ball. Think what to put in the next sentence of your blog!

So mindfulness is about being in The Moment. Not thinking about yesterday or tomorrow. Not filling your head with worries or regrets, plans or hopes.

I am not sure quite how it works, but to be in the Here and Now, and conscious of your own breath, means you are closer to your Real Self. After all, the memories and dreams are not you, but merely thoughts.

Many people have told me that it is in such moments of stillness, when they were just being, that the best ideas came to them. Ideas or the answer to a problem which had been eluding them for days. One man said that, when walking his dog and looking at the open grassland where he was walking, that this was when the idea for a story would come, or he might get the ending for a story which he had been struggling to finish.

Doing something which you like must surely bring you peace. For if you are happy, however momentarily, at least for that time you forget the negative things. Forget the turmoil of worried thoughts. And that stillness allows something new to enter. For there is nothing new in our old regrets and hopeless dreams.

No, they are our thoughts, not that something else which comes when we are quiet and can hear our real self speak. Is this what ‘the still small voice of calm’ from the bible and that famous hymn means?

My mind is rarely still. I may have to turn the pages of a book to read, and to look at each word, but I realise now that I do not concentrate on the text all the time. I have been wondering why it takes me so much longer to read a book than it does anyone else. But mine is a writer’s mind and any word I read brings connections. A word does not have to bring back the worries and hopes. A word, a phrase, even a name, can recall memories long gone, or people long passed from my life. Or an interest in the word itself: where it came from, how it evolved.

I am not always being mindful when I read, though it is a seemingly intellectual activity. I may miss bits and then fail to understand when something else happens resulting from those bits. I don’t follow everything, and in no way pick up the clues in a detective novel, so that I might otherwise understand when the identity of the murderer is revealed.

There have been long spells when I watched no television. At the moment I watch a couple of hours in the evening, then finish with the news. I do not sit and let my programme of choice finish, then continue with whatever comes next.

Having said that, to watch what comes next after your programme of choice is not always mindlesss. If you see the title and it attracts you, and awakens your interest, there is nothing mindless in that. Doing just that has brought to me a new interest in nature, animals, and the physical world, often to the extent that I now turn to such programmes instead of my old detective ones.

But another thing is that I have begun to watch television mindfully! Whether, because from its earliest arrival in my life I picked up that ‘goggle-boxing’ was not the best way to spend one`s life, or because I never get to the end of my pile of jobs, I have always done something else while watching TV. I sew: alter, embroider, mend. I pickup my pen for shopping lists, to-do lists, crosswords and even letters. Do my nails, sort my handbag, my purse, note the days’s cash spend, do accounts. Then there are the eternal emails, and deleting stuff. And, yes, I have written blogs in front of a programme, which I have consequently missed almost in its entirety.

I may pop out in the adverts to wash up or make a drink. But when you do that, of course, you invariably miss the beginning of the next bit in the story.

On this particular day I was very tired and really fancied the programme I was about to watch. So I did nothing else. And I heard every word, took in every detail. And I enjoyed the programme. That was not mindlessness. It was Mindful Watching. I was in The Moment because I was relaxed and content – absorbed – so had no space for worries or plans or anything negative.

So, yes, watching TV can be mindless. If you sit slumped watching just anything, flicking through the channels with the remote control, hoping to find something to watch because you are tired, fed up, or too lazy to try and think of another way of spending time… it’s mindless.

But, if like me your head is always full – and too often of negative thinking – if you do not watch much television and are always trying new things, then to sit and just allow yourself to be in The Moment and to immerse yourself in exciting new information or just refreshing entertainment, might well be food for the soul. It could heal the effects of all that destructive thinking, and hopefully bring new ideas and solutions too.

In fact, it was at the end an evening of such viewing, that I thought of writing this blog.

Brenda in Neverland does not have a television as she lives in the days when few people do. But she loves films. Films in colour, of lovely ladies wearing lovely dresses. For such a lady she dreams of one day being. In the days of the story, going to see a film is called going to the pictures. Brenda draws pictures too. It is a way of escape for her. From the dreariness of her life and the worries in her head. Watching a film, for Brenda is a time of peace, and, almost, of mindful meditation.