Jacquie Lawrence has been a television producer, writer, director and commissioning editor. Born in County Durham during the 1960s, she spent her childhood in a house on one of the streets featured in the film Get Carter. She likes to think she shared the same type of upbringing as Morrissey but, hopefully, with an element of humour.

Thanks to the, then, splendid, UK comprehensive education system, she escaped to the University of Essex where she obtained a degree in the unlikely titled ‘United States Studies’. After studying for an industry accredited Diploma in Producing and Screen Writing at the North East Media Training Centre, she did her gap year at Greenham Common and embraced her sexuality.

She started producing documentaries soon after, mainly for the at that time embryonic Channel Four. In 1989 she set up her own production company, which won a drama commission from Channel 4 called Little Richard Wrecked my Marriage (1990) with Lawrence credited as co-writer and producer. In 1993 she set up Ipso Facto Films and produced a raft of arts programming for all broadcasters. She wrote and directed a Granada/Yorkshire drama called Little India and a short drama for Channel Four called Double Entente, which she also directed.

Between 1994-2000 Lawrence was commissioning editor for the Independent Film and Television Department at C4, where she was in charge of documentary series such as Women at Play a six part prime time compendium promoting women’s issues in playful, irreverent form. She also commissioned dramas including The Acid House Trilogy and independent feature films which included The Hanging Garden and Like it Is. As part of C4’s arts commissioning, she managed the co-production with the British Film Institute for the ‘New Directors’ scheme and Channel Four’s subvention with the Arts Council. Highlights during her tenure were the Oscar nominated documentary The Celluloid Closet, the innovative Coming Out Night for gay teenagers and a feature-length documentary Paragraph 175 which featured interviews with the surviving homosexual prisoners of the Holocaust.

Lawrence was also responsible for films from regional voices and new directors and for co-commissions with many international broadcasters including HBO, CBC, A&E and SBS, concentrating on programming about social, cultural and political history, including a three-part series about the globalisation of Coca-Cola.

From 2000-2003 she was Head of Development for World of Wonder, a Los Angeles based production company, responsible for an eclectic range of documentaries and dramas including Monica in Black and White and Jon Ronson’s Secret Leaders of the World. She was charged with developing and producing a slate of entertainment, factual and lifestyle programming such as Hot Property for C4, Channel Five, Sky, BBC and ITV.

In 2003, Lawrence took on the role of Commissioning Editor for Documentaries at Sky One where, in 2006, she won a BAFTA for commissioning Ross Kemp on Gangs. She also commissioned a raft of polemical documentaries presented by journalists, including one from Julie Burchill called Chavs, one on Infidelity by Rod Liddle and one from Jane Moore about absentee mothers.

Since then she has been a documentary reviewer for the Grierson Trust and has written a chapter on documentary pitching for the Filmmakers Handbook (2007).

She fulfilled the role of freelance executive producer, whilst writing her first novel. She is also the chair of a children’s charity, the ELMA TRUST (Registered Charity No. 1142456) which funds and manages a school and orphanage in Cambodia, set up in 2006 in memory of her magnificent mother.

In 2000, much to the delight of the press, Lawrence entered a long-term relationship with television executive Dawn Airey. They had their first daughter in 2007 followed by a second daughter in 2010. They were married in June 2014, in front of 130 family members and friends.

Different For Girls is Lawrence’s first novel. She is working on the sequel, with a working title of Same But Different. She has plans to turn in to a trilogy. Lawrence is influenced by a wide range of authors but would probably put Armisted Maupin up there at the top. In fact, someone once described Different For Girls as ‘Armisted Maupin meets Jackie Collins’. Who could ask for more! 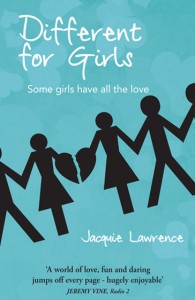 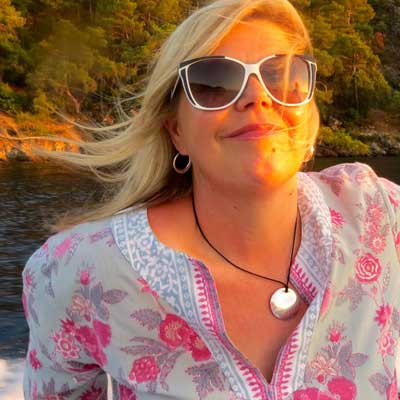