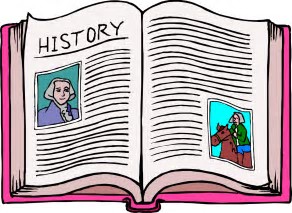 History has shown us the Holocaust of the Jews, of American Indians, of the Aborignes. Of women, the black, of the poor.

This week, the fire.

Many thinkers have claimed that what happens in the world, including natural disasters, is an expression of what is in man. In Owning Your Own Shadow, by Robert A. Johnson, he believes that all that is bad is caused by the bad in man, that which he does not acknowledge. And in his play, Lear, Edward Bond says that all evil is caused by unhealed pain. English philosopher Thomas Hobbes said it centuries before in The Leviathan.

On one of the many occasions when a school teacher was physically attacked, I was interested in one view which was that it was an attack which somehow symbolises the way in which society thinks of teachers.

The devastation of the fire in Kensington is believed to have been caused by poor materials and disregard for fire prevention legislation. Shoddy materials were also allegedly part cause of the Twin Towers’ total collapse. And the sinking of the Titanic. And why else would you scrimp but to save money? For the bosses. The owners, the shareholders.

Money is not only saved by using very poor quality material, but also by elements of time. The Herald of Free Enterprise, owned by Townsend Thoresen, sank because the door to the ferry, lowered to load cars, had not been closed. It may well have been all right, but nobody made sure. Freak accidents occur. The man in control would have known the sea and that a massive wave could take the ship by surprise, and wash through that unclosed door. Why? How long does it take to shut such a door? Enough that, multiplied by the number of journeys undertaken, that time allowed for one more crossing. So, more journeys, more passengers, more fares paid.

The disaster which was the fate of the Titanic was also not entirely due to poor manufacturing standards. There was also the fact that the White Star Line needed to do well, to show this ship as supreme. And for what other reasons than to attract business, more customers – maybe even raise prices – so, greater profit. They were trying to reach America in record time, so sailing at a speed which contributed to the sinking of the ship.

We all know the phrase ‘profit before people before quality before service’. The White Star company would have lost a great deal through the sinking of The Titanic, as would Townsend Thoresen through theirs. As well as loss of lives, these disasters mean massive losses and compensations to pay out, too. Whoever is answerable for the fire in the Grenfell Tower may face penalties. But they would have been insured, and it is rarely Big Business which goes to the wall, is it? It is the fate of the man in the street. Do heads ever roll? Where there is money there is always secret and hidden money and good lawyers. There is the means of getting away, new business, even new identity if needed.

And no insurance or compensation can give back lives.

George Bernard Shaw said in his play The Apple Cart that the real power in this world lies with Big Business. And no power for good, as Shaw saw Big Business as one of the beasts mentioned in the Bible’s Book of Revelations.

We need to throw over the apple cart, share out the apples. And the massive orchards of money trees, denied by the prime minister, need those trees to be shaken up, replanted all over the planet and their apples shared out.

What we are seeing now is unrest. For a long time I have believed that what people fear most of all is change. Even if things are not good for them, change could make them worse, I suppose. And why was it the alchemists were persecuted for being in league with the devil? The changing of base metal to gold was a symbol of changing the black heart of man into…? Godliness? Or the gold of good.

But enough people now are tired of the old order of things. The election as President the US of a man some see as a crook I heard explained as the result of unrest and a desire to shake things up. The result of the Brexit Referendum, whether you were for it or against it, and the fact that we have voted in an unstable government, these all show that we want a massive reshuffle of how things are. They may be mistakes, but only by everything being in a shambles can we get down to business and work out what is best for all of us in this world.

I claim no authority. But, if outward disasters are caused by inner pain, how do we put an end to it?

The philosopher Thoreau said you will not change the world until you change the heart of man. And who was it who said, if you turn over one pebble on the beach, you change the universe?

It is a great pity, maybe even an enormous mistake, that we live with competition rather than cooperation; by pulling together. The work accomplished by Gareth Malone is a great example to us all. And why is it people come together when there is a disaster? But not the rest of the time?

When you have something in common, then you bond and help. If the world faced a threat from outer space, the whole earth would surely work together. When it is country against country, well, we have a common enemy. Without those, we have wars of some kind in society, our place of work, our street or our home.

Maybe it is time to realise and acknowledge that we all have the same enemies: time, mortality, disease plague and scourges. Indeed danger from beyond this globe. Realise and come together to make safety and fulfilment our goal for all.

Unless we care for all, we will not protect ourselves. In the Victorian times, when the rich / poor divide was vast, the wealthy finally noticed that the diseases of the poor were reaching them. And surely one day the fire in the shoddy accommodation of the poor could spread to the posh villas next door?

In my poetry collection Windows I have a poem called The Bogeyman which addresses the fear of enemies. It could be said to also question whether we are really protecting ourselves from anything? It is not a poem of judgment by me, as I am sure I can see myself in some of the words. I hope I can also interest at lest one reader to look at Louis MacNeice`s section in his Autumn Journals, which begins August is nearly over.

On Thursday night, on television’s Question Time, I noted words to the effect that we must allow the voice of the poor to be heard, and stop funnelling wealth to the top. But it is not only about money for the bosses, is it, but also for the tax payer. Many disasters are caused by the greed in business, but more endangered lives would be saved if there were more police, more hospitals, more medical workers.

And what about cover ups and corruption, as with Hillsborough to name but one example?

I have seen private lives destroyed by power of more than one kind, like the power to hold on to a created (inner) reality. I read once, that it is better to destroy a man’s reality than destroy his dreams.’ Have a look at the preface to Windows to see more of that. Like me with Bogeyman, MacNeice says in my loved section of The Autumn Journals:

… an utterly lost and daft

System that gives a few at fancy prices

While ninety-nine in the hundred who never attend the banquet

Must wash the grease of ages off the knives…

none of our hearts are pure, we always have mixed motives.

At the end of this section of MacNiece’s poem, he writes, admonishing us not to turn  our faces to the wall. To turn your face to the wall is something you do when you have given up. Because of the context of the section, I have always taken that to mean that we must never yield to hopelessness, but always stand firm in our resolve to make better the state of man.