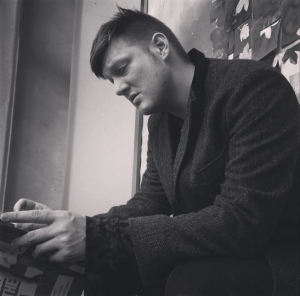 Today the first thing I’ve written with a serious intent is being published. That means anybody can get their eyes and smear them across my words! This is an exciting prospect, it’s been worked on for two years and been rewritten and proofed to a professional standard, and if I do say so myself, I think it’s a good bit of writing. BUT (and it is a big but) it also fills me with fear as loved ones, potential employers, minor royalty and occasional trade can now read a version of my life and sit in judgment of it. So dear ones, here are five major worries percolating in my brain sack currently, so do take these into account when you buy my book:

In the writing of this book, I sometimes let my ‘sledgehammer’ humour get the better of me. I make jokes at the expense of my family, friends and myself; but to the point of absurdum! Honestly, I am being ironic. I can’t stress that enough, I’m really a happy, fluffy sort of chap, content to roll around in fields under skies of azure.

Although I’ve taken great care to conceal the identities of exes and unpleasant characters in my book, friends of friends could get wind of it, couldn’t they? And I imagine arse-ridden missives written in drunken misery sent to me in the wee hours. Y’know, things along the lines of ‘I can’t believe you’d write about me/him/her in such a manner, it wasn’t like that at all’, I’m bracing myself already.

3. I’ve overlooked something damning I wanted to take out.

This isn’t such a worry in an e-book format, as one can take it down and amend it, but surely the people who have already downloaded it will have the offending copy for all time? Isn’t that how it works? Once it’s on the Internet it’s out there forever. The horror, the horror.

4. I’ve revealed way too much.

One man’s eggs are another man’s unhatched lice, as the old saying goes. I envisage sweet old dears spluttering on their Tetley’s as they read of my filth, condemned to throw their e-reading devices into the street and claw their eyes out to cleanse them of what they’ve seen.

5. That it contains quite a lot of 4-letter words.

Yes, despite my Unique Selling Point being something like wearing a colourful novelty jumper and participating in radio 4 word-games, I am actually a harbinger of utter filth, and in my diatribe I let rip with Anglo-Saxon on a page-by-page basis, see that adaptation of Wolf Hall that’s just been on – that’s how rude I get, yes!

So you’ve been warned, or I’m now prepared. It’ll be fun wont it? Well here’s to the feedback…