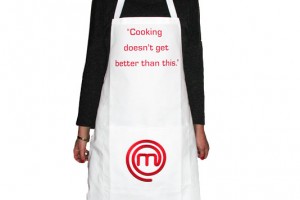 Watching Master Chef earlier this year, something happened which gave me, if you’ll pardon the pun, food for thought.

At one point in the penultimate episode, one of the contestants was running late, and one of the others went to help her.

And it occurred to me that the ability to carry out such an act is the sign of a great person. A leader, the head of an organisation?

Somebody once told me, in a time of recession, that the way to get on is to do that little bit more, however lowly your starting place is. Be the one who gets the coffee, even if it’s not part of your job. Arrange the flowers, clean the loo… If no one else is doing it.

The boss is someone who does what is necessary to keep the ship afloat. And that is the kind of person who becomes the boss.

Childish to say, that is not part of my job. Or to suggest that you are above cleaning the loo.

And of course the fact that the young man, who went to the aid of his fellow, was sufficiently in charge of his own stuff to find time to help, emphasises his professionalism, his confidence, his ability, and his strength.

In Neverland, Brenda will always be a leader. She does what is needed at home. Housework, care of younger siblings…

You could also say she is a martyr and a victim… But she is also a leader and a survivor. Because, in the final analysis, the world will be kept going by the people who do… Not those who might whinge ‘Why should I?’ Or, ‘I am too busy.’ Whether in the family, the workplace, Society, or The World.

(And it was that Good Samaritan who became the Master Chef !)