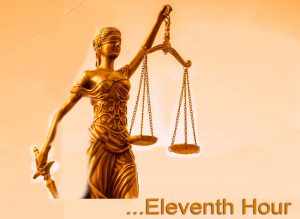 It’s 4.15pm on Thursday 1st July, and I have just received notification from the police that the sentencing on Friday 2nd July has been postponed. This is because the probation office has not yet been able to formally assess Nigel Clayton. After six weeks of his being found guilty. I heard the words from the unemotional voice speaking them in a kind of stupor.

This evil man is still trying to control his victims from the other side of the prison wall. If you have not been abused in your life, you will not understand how we, the victims, feel. Clayton has controlled all our lives for the last forty years, and now he is taking his chance to roll the dice one more time.

The anger I am feeling at the moment is unbearable. How the fuck has Nigel Clayton got any rights. He has surely forsaken any entitlement he might have had as a human being for the way he has behaved, and for the young lives he has violated. He was found guilty of 32 out of 35 charges of historical sexual abuse against eight victims, me being the youngest. I was just eleven years of age. I have this evening spoken to a few of the others who are equally frustrated at the poorly-funded and inept justice system. The new date for the sentencing is Tuesday 27th July 2021. But I won’t hold my breath.

I feel so sorry for the other victims and, of course, the police inspectors C and T who both worked tirelessly to secure the conviction of Clayton. I actually felt a sadness when Clayton broke down in court when he was found guilty of the 32 charges. But that sadness today turned to anger. Clayton will never apologise for the hurt and the pain he has put all of us through. Throughout the whole of the trial he elected not to speak or respond to questioning. Today I can only hope that he rots in hell.

Even my compassion has its limits.