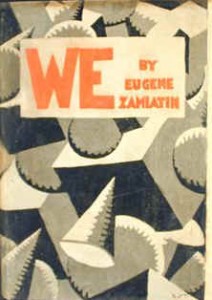 What makes a novel a Dystopia?

This is probably the right ice breaker for a general discussion on the proliferation of ‘Dystopian’ fiction in recent years. There is of course no easy answer. The collection of novels that have gained admission to the debate come from very different times, both politically and in terms of society and gender.

The concept comes from the mid-nineteenth century philosopher and social commentator John Stuart Mill who first coined it in 1868 in a speech in the House of Commons to describe the then government’s Irish land policy. Take that moment forward nearly 150 years and the term has taken on a far more sophisticated and complex meaning.

As a term to describe a type of fiction, dystopian is often a lazy shorthand for the description of a future society being run in a way contrary to the moral concerns of today’s western societies, but with similar political goals. The issues examined in dystopian fiction for me have become in recent years those affecting politics, society and gender, the latter it would appear of developing concern to writers in the last twenty-five years.

Dystopian fiction is as popular today as it was in the early to mid-twentieth century, Orwell’s 1984 having sold 50,000 hardback copies in its first year of release, and many millions since. Huxley’s Brave New World sold 13,000 in its first year of publication in the UK, though less in America where it was banned in numerous states. Both writers were influenced by Russian writer Yevgeny Zamyatin and his 1924 novel We, which depicted a society called the ‘One State’ where people live in glass house constructions offering a theoretically more open way of living. All three of the future worlds offered in these books are theoretical improvements on the worlds from which the writers write, but in actuality gross violations of the social improvements they would claim to depict, and also recognisable as allegorical commentaries on the hypocrisy of politicians and the societies their ideologies have put into place.

So, a future society depicted in a work of fiction that sees itself as an improvement on previous efforts by political parties and their politicians and leaders. That will do for now as my definition, though it is clearly shorthand for something that will reveal itself to be much bigger and more sophisticated in future posts.

One thing that fascinated me when considering writing a dystopia, was how few previous works have seen future societies as potential battlegrounds for gender issues. Considering the dominance of patriarchy as a political and social system in most cultures, a future world which women dominated would seem to me to be an obvious topic for exploration in a novel. The Two Ronnies, in their BBC comedy series from the 1970s deployed the idea in The Worm That Turned, a feature in their weekly entertainment programme, but other examples if they existed hadn’t achieved the same proliferation.

In 1909 I look at a world where feminist terrorists change the way people live forever, creating a new society where relationships between men and women are illegal, and if discovered, punishable by death. Is that pure fantasy? I’d be interested in your opinion.

Martin Godleman discusses ‘Dystopia in the Modern World’, with guests, at the Chiswick Book Festival on Sunday 13th September 2015, in the Tabard Theatre, 12.15-13.15. More information is available from www.chiswickbookfestival.net.