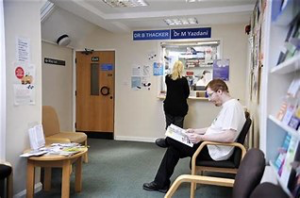 `You should not have told your daughter,` you said. `She’s best out of it,` you said.

Do you realise what you caused? What you were saying? I came to you because of marital problems. Even concerned for the husband who was causing so much misery.

`Is it stress?` I asked you.` The verbal violence? The bizarre mental tantrums?

`The house move? The new job? The new marriage?

Then, gradually, on the second or third consultation, I began to confess the sexual deviancy. Embarrassed.

But also at screaming point. I did not remarry for this. I wanted a lover. For thirteen years I had managed on my own: four children, the house, the money.

All I wanted was a lover.

But no man can be a good lover, passionate about his wife, when his greatest fantasies he cannot have with her. Those he indulges in the hours spent in the bathroom, or the hours spent alone in the house when she goes out on her own because he is too tired for any social life. When he tried on her underwear. Hours spent gazing at lingerie shop windows, or drooling round those departments in large stores. At first she thought he was going to buy something for her…

`Oh,` you said. `Men have more fetishes than women. He sounds like a poor, sad, lonely man. Send him up here.`

What about poor, sad, lonely me? In those days, I would wander the shops not wanting to go home, thinking of crawling into a church or a hospital and asking someone to look after me. Why didn’t I?

It is perhaps good that I did not. Like one of those films where she goes to the doctor, the counsellor, the church, and they all fail her, turn on her, maybe the hospital would have turned on me. As you were doing.

In the end I did go everywhere. And the church was on his side. Because he got in first with his story.

For indeed we did belong to a church. And as soon as I ran away he went to the lady minister, while I was safely tucked up many miles away. And to be honest I think he must have charmed her. Charmed the pants off her, metaphorically. Or she wanted him too. In the middle of the long two years it took me to get out of it all, longer than the marriage, I saw them together ad immediately picked up that frisson in her body language, the frisson which is unmistakable.

So, I went to the church and found the devil.

As with you, doctor.

Verbal abuse. No real sex., no money even. Then even no car. (He had said you don’t need a car in London, so we only had mine. And, surprise surprise, he suddenly needed it.)…

… All kinds of cruelty. Psychological warfare because what he had really married for was to retire on my assets. Sell the house, almost entirely mine, get rid of my last two children left at home, buy a shoe box for us to live in. and give up work. At 45.

But, above all, the sense that I was locked up with a lunatic.

Yes, doctor, what about me? I was poor and sad and lonely. Yes, he was too. But he refused to do anything about it, when of course I was in counselling throughout.

Just as I asked the doctor what was wrong, was it stress or something, I said to the counsellor, `What am I doing wrong? How am I not handling him right? Am I misinterpreting?` Women!

The violence. For the verbal tirades were violent. One friend said it sounded like terror. So then I felt guilty, thinking it was the terror of losing me, because he sensed I was not loving him.

Years later, I came to realise it was the terror of the controller, the bully, the tyrant, when he can`t get complete control of his wife, through whom he had expected to control his world.

Finally, it all blew up, involving my children, and his mother. His mother admitted that his step father had tried to get him to have counselling twenty years ago. That man was no longer alive, and the rest of his relatives, and his few friends – only colleagues really, – well I could tell that really they KNEW. But not one stood up to be counted. Thanks, ex mum-in-law, too.

So, yes, my young daughter left the house, months before I did. Something he said, both my psychology graduate older daughter, and you, my doctor, interpreted as his wanting to sleep with her.

Of course she should leave.

No, he should, but he stuck like glue in what was really our house.

`You shouldn’t have told your daughter,` you said. `She`s best out of it,` you said.

Do you realise what you were saying? I shouldn’t have told her?

So – she stays in the house with a pervert?

Sometimes I worked in the evening. My son was at university or working away. Even before the sexual threat became clear, I was frightened of leaving her in the house with the man. Violont. Mentally unstable.

`Oh, he probably fancies her,’ you said. `She`s better off out of it.`

Not that he should be made to go?

Do you realise that this is what cardboard city is made of? Girls who run away from threatening stepfathers?

She was not in cardboard city. She was more fortunate than that. She had a boy friend who was older and had a flat. Not that I wanted my seventeen year old daughter moving in with her boy friend while still at school. Her father was not amused. He had given me the whole of the house, which we had jointly owned, on the proviso that I kept a home for the children as long as they needed, and in the district where they had always lived. He was not amused that his daughter had lost the security he had provided for her because I had married a poor man with fetishes.

Her relationship broke up. While taking her `A’ levels, she had glandular fever and lived alone and uncared for, living here and there. While ill, she was still with the ex boyfriend who would not have me. And she could not come to me as I lived with the man she had run from.

Better off out of it.

Would it not have been better if you had helped me to get him out?

Why did you not listen to me? The divorce was being mishandled. He had got them on his side too. I needed help finding a solicitor. Maybe through you, to a social worker, then even to the police?

`You shouldn`t have told her? She`s better off out of it?`

I was out of the house nine months, then made to go back or I would `lose my hold on the property,` when it was mostly mine.

No, I believe that was at his request so he could monitor what was going on. Listening to my phone calls, reading my letters. Further wearing me down, grinding his foot into any strength I may have had left…

Now I am about to move into a strange area, with less than half the assets I had before, and my daughter has been out of a proper home for two and a half years. She is at university, and based with the daughter where I first ran.

She feels homeless. My son feels he has no real home.

I feel I am in prison.

The law failed us. They said there is no facility to put a man out of his home. We were out of our home. Now he has bullied, threatened and intimidated me out of a lot which should be mine.

If only you had insisted somehow that he come to you. Got him to see someone. Face his problems. Just kept on until I found a lawyer who had my interests at heart.

Two years from her leaving, and the house only just sold, he had done nothing to sell it while I was away. I had worked flat out at it after being ordered back. He had not even kept the house clean. But now we were well into the recession of the 90s, and house prices were dropping fast, including this one. Though my previous house, which was Edwardian and becoming more fashionable, more popular in that area, was worth more than this one was by the time it sold. So even if I had had the total proceeds, I would not have been able to buy back my beloved previous family home.

If only it had sold when I first ran away. Maybe you could have given evidence to get him out, since you had admitted he was a threat to a young girl under the same roof as he was.

Maybe I would not have had to fight this case while living with someone violent, intimidating, cunning, and cruel. Hurling threats when I dared mention words like `affidavits` or `disclosure of means.` ( Those were never produced.) Maybe I’d have got justice. If you had looked at what a desperate situation was being brought to you that day, by a clearly tormented woman, that was when you said, `She’s best off out of it.`

So you were admitting that he was a threat, but saying it should be the under age girl who should leave the house, not the adult male? Instead of feeling sorry for the poor man with fetishes, if only you had looked at the woman actually sitting in front of you in your surgery. If only you had been less concerned for the man and more for,