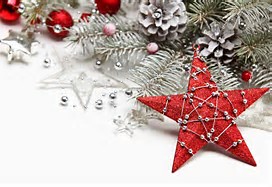 `Posh people have better cards than most of us.` I remarked to my friend.`Yes, they do. Because they have rich friends.`

Are they bigger? Mostly. Shinier? Or just of better quality material? However pretty, even beautiful, ours look like humble cottages next to Mansions Tall.

The pretty, the beautiful, the funny, the well-crafted home-made. Still somehow scrappy next to the big boys? Especially the not-so well-crafted, like mine.

Mine are mostly re-makes. Last year`s fronts of cards pasted onto a card blank, bought from the shop where those clever card makers go for the bits and pieces they glue artistically on such card blanks.

That is how I know about the posh people`s greetings cards. I am given their cards to re-use.

Oh, I have drawn pictures, made copies of a photograph I was proud of and thought to be Christmassy enough. But when I see cards on the mantelshelf in the home of a rich friend or relative, I have asked if I can have them. They are not all used for card making, but for to-do lists, shopping lists, notes to friends.

The thing is, you see, that I don’t want them in the rich friend`s bin, however posh that bin may be.

I would like them to be seen forever, but I can`t paper my walls with them, can I? Those are already papered, aren’t they – if current readers know the phrase – with rejections slips?

I want to give them a second showing. Want them to be seen. Like my work. Of course I need money and I would quite like fame too. But above all I want my work to be read. To be seen.

I have always felt that the beginning of the Christmas chapter in Neverland is one of the best passages I have ever written:

Christmas was upon them in the village, and Gladys had not

won the Pools. It would seem that the yearly event had taken

her, yet again, by surprise, to see her at such a loss.

Gladys is Brenda`s mother, and Brenda`s friend Mary has a mother who makes little of the festive season in material terms. Christmas is the church and above all her father, of whom Mary says, `I thinks she muddles him up with God, Church, her father, and the big house from which she came.

Mary`s father is not included in those festivities. Not welcome in the house of Rene`s god.

Christmas Eve, Henry comes home late from work, as usual. Rene is already in bed. And he notes the few dismal paper chains made by his daughter at school.

One is hanging loose from a drawing pin and dangling. Lonely and sad, like him. He is the family disgrace – his wife`s disgrace – the failure and the rejected. And he lives with a cold wife.

Sadly he does more than take solace on his own doorstep, as they say. He takes it inside his doorstep. Inside the stable. In the manger itself.

But let us end with a kind of Christmas card. A window. Many cards have pictures of shop windows don’t they? Those bottle glass windows full of toys or sweets.

Joyce, the teacher of the two girls, is lonely too, and on Christmas Eve takes a late afternoon walk, in the dark.

And there she sees Brenda, in her lighted room, inside her uncurtained window. Making decorations for her younger siblings out of scraps. Bits of paper and twigs and silver paper, probably saved from chocolate bars.

So our final card is a window. But not the window Victorian children looked into with longing. Not the large gathering of a happy rich family, round a large table and large turkey.

No our window, our card, is Brenda doing as she has always done. Her best. Caring for the children, for everyone, and making things out of nothing. But never giving up…

… as my kind (on a good day) publisher has said of me.