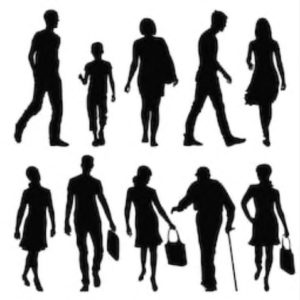 How I came to write the title story of my collection of short stories, Reasons.

While studying for my Masters Degree in Creative Writing, I was fortunate to have Paul Bailey, novelist and critic, as my tutor for one option. The assignment was to write a 500 word story and I was unsure how to begin.

As so often, I was numb in the head. This time with a subsequent attempt at a relationship, post Mr. Pinks and Panties, found in ‘Lips That Would Kiss’.

So I kept emailing Paul old stories which I thought held possibilities for development. Much that I write is short, and there was work which could be extended.

I sent ‘Good Fairy, Bad Fairy’. Something else. Then another. In the tutorials, I read out attempts at working on one of my monologues, which I felt could become a story.

But Paul kept coming back to ‘Good Fairy’.

Finally I listened. ‘A mother and a daughter separated.Why?’ Paul asked.

I wittered on about being separated from my youngest daughter because she and I had run from my abusive marriage, and that the man would not get out of my house. And circumstances did not allow my under age daughter and I to live together.

So I did my homework and thought. Then I remembered attending an adult education course on writing drama. One woman wrote of a mother standing on a railway station platform wanting to push the man in front of her under a train. She explained to us how much loose change is to be found on the floors of railway stations, if you look. So her character bends to scrabble up these pennies and ‘accidentally’ knocks the man forward onto the track as their train comes in.

She told the class that the woman was herself and it was she who had stood on a train station some days earlier, had seen a man she knew in front of her, seen the money strewn everywhere, and dreamed up this plot.

Her reason was that the man was going out with her teenage daughter. He was older than her father, and not nearly as attractive or even fit-looking. She hated the situation, and him.

I had already written a different beginning to ‘Good Fairy’, concentrating on the separation of the mother and daughter, rather than the focus of the original story.

So the next stage of my story was that the estranged mother goes to the University City where her daughter is studying, and searches for her, making sure she is not seen. Having found her daughter, the mother follows her – and sees her with an old, unfit, unattractive, man. So is that why the girl is avoiding her?

Paul really perked up. I guess in a session I had gone from Pass (or even fail?) to a Credit. But I had not made my 5,000 words, and anyway the story was not complete.

‘A young girl going out with an older man,’ Paul said. ‘Why?’

What popped into my head instantly was a true story I had seen on television ten or more years before. It was the story of a mother whose only child had died because of drugs. She could not believe it. Would not accept it was voluntary or that her son was an habitual user. As I remember it, that was her reason for wanting to find out more about her son’s death. But she got the result she wanted.

It was an amazing story. Her husband set her up a study at home, with a desk and computer. It was the early 90s and computers were new to her. For her research she had to rely on a visiting library, to bring her the books she needed.

The mother had never even heard of an index! So she he had to read all through a medical book to find one word, one drug, the medical details she wanted.

She was relentless. But she found what she needed and came to peace. And later went on to gain a degree in Law.

So I wrote that the young girl in my story had had a boy friend who had died from drugs, and she and his father were doing what that woman had done. The boy’s father was the ‘sad old man’ her mother had seen with her daughter.

Paul was excited. I had moved from a bare pass to distinction level with that part of my degree, at least. He also described it as ‘beautifully written’, and even made the second marker cry.

I had that marker for my final major work. 15,000 words this time. And again I did not know where to begin.

She suggested the work I had done for Paul, but at that stage I had no sense that it was good work, so I said, ‘No.’

It was ill-fortune indeed, or rather ill-timed. The tutor had just lost a very young member of her family. I was constantly numb in the head with the dud marriage.

We let it go. I worked on something else which was not nearly as promising.

More than one person since has thought I should have made ‘Reasons’ into a novel. 5,000 words with Paul Bailey.15,000 with the tutor of the main project. 20,000. And I would have been well on the way to a book which may have been a Best Seller by now.

Had my tutor for the final assignment been more in her right mind, she may have persisted. Had I not been ‘gaga’ I may have asked her why she suggested working on ‘Reasons’. And she may have told me she had second marked it and believed it had potential. Why? Why? Why?

But that was the most exciting writing experience of my career. Yes, it is astounding and thrilling the way stories can just pop into your head, and also how a story can write itself.

But it was exhilarating, in a different way, to have this story coached – coaxed – out of me.

Maybe you will read the whole story yourself, and enjoy it more because you know the background of how it came into being.