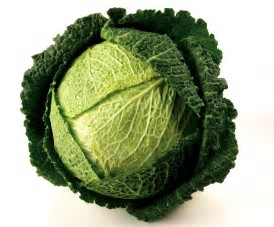 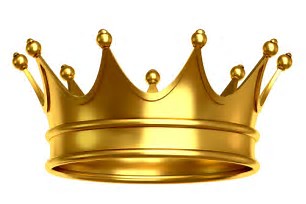 A long time ago, when I had just spent time with a friend who had recently been to Disney Florida, when it was very new. I remember being amazed at how little they had to say about the experience. And I thought how somebody in my family could make a matchbox sound interesting.

More recently, I heard a television commentator say of a journalist, `She could make dust sound interesting.`

It would be at a function or auditorium where they were expecting to be addressed by a comedian, or at least a speaker who would be entertaining if not funny. He was the only attraction, he had not turned up, and there were already 200 people sitting there waiting. The organisers made an announcement for anyone to come up who was a teacher, a presenter, or a writer. And I was the only person who had the courage to do it unprepared.

I remember how Ronnie Corbett, in his famous chair, would begin somewhere and end somewhere else. And I loved the way Alistair Cooke would begin his Letter From America with some overall view – sometimes it felt as though he were looking down on the world or at life – and then, naturally, home in on what he really wanted to talk about.

So I think I would begin with the handy old fall-back of, `On my way to the theatre tonight.` Then I could say that is how you start, isn`t it? How they always start: comics, stand-up comedians, those who give monologues. And Ronnie Corbett.

And that would take me very nicely to how I once wrote a sketch which I hoped would be used on The Two Ronnies` show.

This was in my early writing days and at the time my son was of an age to have an Action Man. Well, two or three. He also had a younger sister. The action men suffered all sorts of mishaps, including being thrown down the stairs. But the worst was when my little girl dressed one of her brother`s action man in her doll`s dress.

So I wrote a sketch about the trials besetting Action Men who live in a house with human beings, only one of whom cares about them. The punch line was, of course, the doll`s dress. And I could finally get my audience I think if I told them that Ronnie Barker actually replied to me. In his own hand and on ordinary, but very good quality, writing paper.

He pointed out how expensive this would be to put on. The size of the props, lie the stairs for the action men to be thrown down for example, if dolls were played by human actors. And he stressed that you always had to think of cost, when writing for television.

Nowadays, I would say to my audience all that, of course, all nowadays would be done by computer. But this was the late Seventies.

But how wonderful and unbelievable, I would say to my gathering, by now I hope, enthralled, that the famous and busy man not only replied but wrote in pen and posted it in an envelope with a stamp. I did not receive a franked envelope containing a letter typed by a secretary.

Thinking on my toes, incidents of interest, about my writing career, would come to me. Like how I came to write questions for Carlton Television for use in a quiz show.. And how I wrote to Jonathan Miller to complain about something in his production of The Mikado in the early 90s. He wrote to me in his own hand too.

I hope I could keep it going for the time slot which had to be filled. But anything can lead to anything. The Jonathan Miller story could go on to the works of Gilbert and Sullivan, or some funny stories of behind the scenes, told me by members of amateur operatic societies.

The handwritten letters I had received from my gracious correspondents invites that I tell how the first work I ever published was written in biro on letter paper. Such a humble missive I sent to the BBC. And I broadcasted it myself!

After all this talk of letter writing, I would say that, yes, people do write letters, and that I believe they always will. And no, I do not think the cost of a postage stamp is too much.

My youngest daughter and I have both written to each other weekly since she left home to go to university nearly twenty years ago. In the early 90s, the price of a cup of coffee was double that of a stamp. Now it is four times the price.

Of course, you have to keep the audience in your hand, and there must be a fine line between adulation and booing.

How nasty it is to boo anyone. But both that and admiration are infectious and so many people are sheep. If someone of kind heart could pick up a sense of fidgeting or boredom arising, even mutterings of censure or ridicule, it would only take one loud laugh from him to turn the atmosphere in the opposite direction.

I have taught and addressed groups. But, as with many, lack of confidence is only a thin veneer away. If some of the audience picked up on that, they may decide to go in for the kill.

Then I know what I would do.

I heard a true tale of young man who was starting out as a stand-up-comedian. He began well, but bit by bit floundered. He sensed the audience becoming restless and and that the first boo was not far away.

Apparently he just stood there and said, `Oh please laugh. It`s my birthday and my mum`s watching.` That comment turned the evening around, and set his career on its way.

I may finish with that.

And, if I have the audience back in my hand, tell them of a man I knew who was out of work, having worked in the travel business. As a part time job he became a guide for a Stately Home. He then began teaching about such houses in Adult Education. Some of the people wanted to go and see the Stately Homes and so he decided to start up his own guided coach trip company. But there were not enough takers and still he needed to earn more. So he took to standing in front of his Adult Education classes and saying, `Please come on my coach outings, or I won`t have any money.` That led to a very lucrative business for more than twenty years.

And so my imaginary talk has been within my blog to you. And the purpose has been to say to you, `Please buy my books, or I won`t have any money.`

Maybe I would end the address of my fantasy with the comedian who almost cried to get the good will of his audience. Or about the Adult Education teacher who went begging to his pupils.

But best I think to finish with the story of my youngest daughter and an embarrassing experience she had because of our weekly letter writing.

For that involved an audience, a speaker. And a talk.