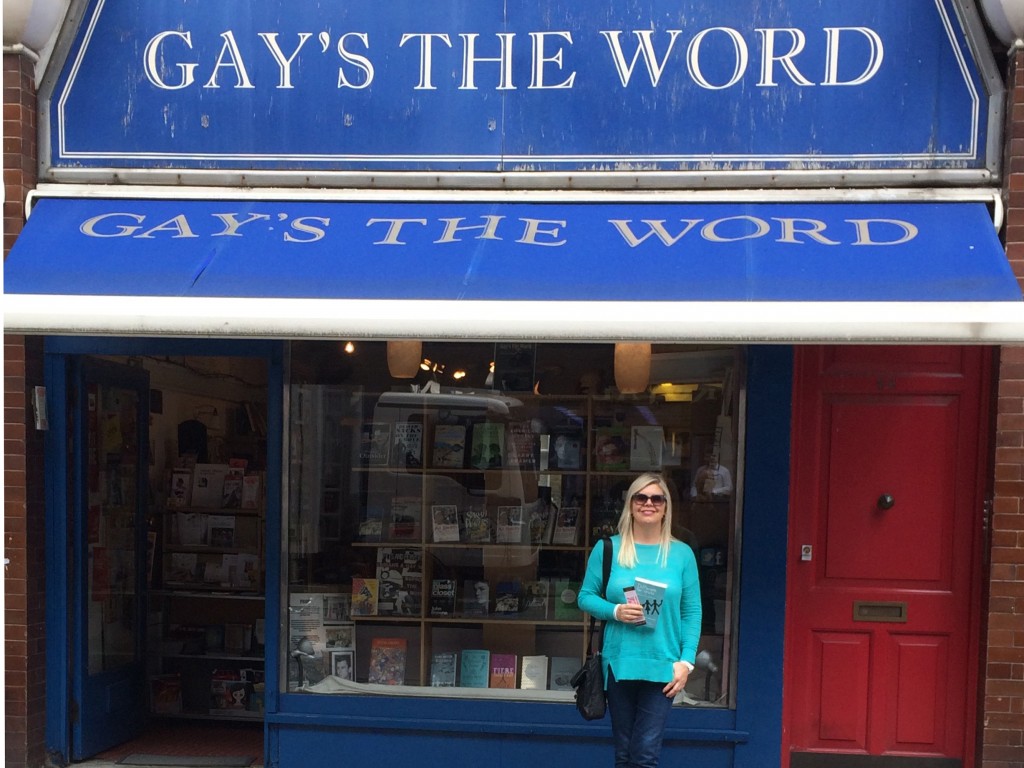 There comes a time in every writer’s life when they have to get their hands dirty. Such days are usually foisted upon us by our publishers, and this one was no exception.

Not being born into a world of shining optimism, and therefore not expecting much from the day, especially not the promised five mile hike around East London, I dressed accordingly in a brand new pair of shoes. I met with my publisher Martin, who looked like my dad when he was a travelling salesman in the 1960s, selling encyclopedias door-to-door around a council estate in Newcastle. Contrary to what you might be thinking, working class people then who couldn’t afford to eat properly, chose to spend what little money they had on books. We still have a set of encyclopedias in the family. I believe my Uncle Barry has it at the moment.

Anyway, Martin was slugging a huge heavy bag full of my (and his) books around with him as we tentatively entered GAY’s THE WORD bookshop. For me, and if you’ll pardon the possible duplicity of meaning, this was a seminal moment. I remember visiting GAY’s THE WORD, the iconic bookshop recently immortalised in the film PRIDE, when I had just come out in the late 80s. I bought my first lesbian book there. I believe it was Ruby Fruit Jungle by Rita Mae Brown. GAY’s THE WORD was a place of refuge, where you knew the other female customer was also a lesbian, even if you hadn’t quite got the courage to even manage a smile in her direction. Anyway, fast forward 25+ years and here I am, the writer of my first lesbian novel and hoping that Jim, the owner, would agree to think about placing it on those bookshelves. Martin delivered his spiel and when Jim asked if any of the characters were lesbians (I’d given most of my characters unspecific gender names) I jumped in and said, ‘all of them, apart from the gay men’. That seemed to seal the deal. That and the fact that Jim seemed to like the fact that I had colour coded my outfit with the book’s cover. Sartorial Elegance. He put in an order for ten books, but Martin only had five in his bag… See, I wasn’t the only pessimist in our party.

It was a tremendous moment, I think, for us both. Martin was thrilled with such a positive sale and I was more than delighted that the first independent bookstore to stock my book was a small but significant store that had, literally, saved the lives of many.

Next on the list (did I tell you we had a list of independent bookstores to visit that afternoon?) was Victoria Park Bookshop in, yes, that’ll be Victoria Park. Easy peasy to get to, said Martin. I believed him, after all he was the one carrying a ton of books around with him. After a leisurely ride on the overland line that used to be known slightly unkindly by North London’s finest as ‘Scumlink’ until its ‘Overground’ makeover, we arrived at Homerton Station. Just around the corner, said Martin. It was twenty minutes later, after his twentieth, ‘Just around the corner’, that the blisters started to bleed. 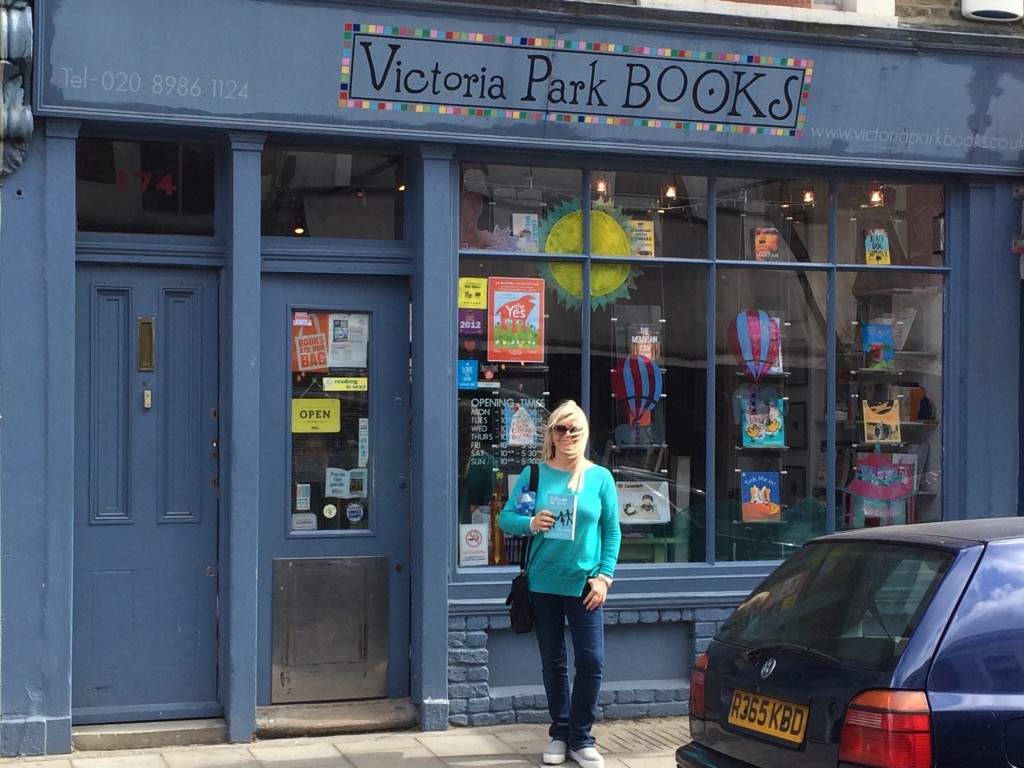 We eventually hobbled into a oasis of calm in the middle of Hackney and were greeted by the wonderful smile of Jo, the owner of the bookstore. We’d be introduced by a mutual Facebook friend and were soon swapping tales, but not until she’d put in an order for some of my books, too. Serendipity had it that her husband supported West Ham and as Martin had written a couple of books about them that he promised to send, he knew he’d met a future client he could work with.

So, two bookstores and two super sales. Almost unheard of, said Martin. We were on such a high it didn’t occur to us that we still had to get back from east East London to west West London in less than 45 minutes. With both of our sugar levels dropping to a dangerous low level we dashed to the nearest mini mart (well dashed is pushing it, what with my blisters and his dodgy running knee) and bought the biggest tube of Pringles known to mankind – barbecue flavour, and two cans of sparkling rhubarb flavoured drink.

As we made the slow, slow journey back from Hackney Wick to Gunnersbury, amid the sweet smell of success (and Pringles) we didn’t stop smiling or munching! Our books were on the bookshelves of real bookstores run by quality booksellers.

I, for one, felt like a true writer at last!