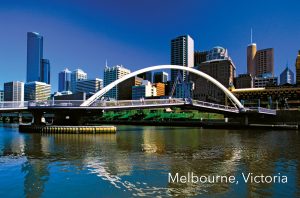 I’ve been back in the UK since March 1st. My wonderful foster mother died on January 28th 2021 and I had been stuck in Australia due to Covid and couldn’t get back to say goodbye to her before she passed away.

It has been something of a roller coaster of emotions for me since coming home, what with the limited numbers at the socially distanced funeral and the six week trial at Croydon Crown Court. I tried to make the funeral as positive an experience as I could for the family and friends gathered there, and we will have a more populated funeral for her when the other restrictions are finally lifted.

I also came back for the long awaited trial of Nigel Clayton, which commenced at Croydon County Court on Monday April 12th 2021. He faced an incredible 35 charges of historic sex abuse against 8 other victims. It was certainly the hardest thing I have ever experienced in my life, and if you’ve read my book you will understand that this fact really counts for something. Clayton was finally convicted on 32 of the 35 counts, and he will be sentenced on Friday July 2nd 2021.

I felt an incredible relief at finally being publicly believed after over 40 years. Perhaps it was worth all the tears and sleepless nights that I’ve experienced over the last six years, the incredible passage of time me and all the other victims have spent waiting for the trial to finally take place.

Whilst I was in Australia I began working on my second book, ‘Beyond The Hurt,’ to which I am now putting the final touches. It covers the years since publishing my first book in 2012, and picks up the story where the end of the last book left off. It also covers the events involving the development and staging of the trial. If you have any complaints about the way this government is running the country, you need to see just what is happening in the courts up and down this land, and the number of people still awaiting justice.

I think you will enjoy the second book, particularly if you liked the first. It is actually a little more gritty, though you might find that hard to believe. It certainly explains why the monster of a man that violated me and the other victims over the last 45 years had to be put away where he could harm no one else. As you read this he is now in Belmarsh prison, but we will meet one last time on Friday week for the sentencing.