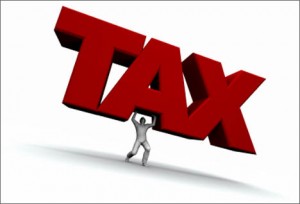 The news item about Google and Income Tax, urged me to blog what I have been wondering if I dare write for some time now.

Is income tax the last taboo? We were told never to discuss religion or politics. The subject of death has been taboo. Homosexuality was not accepted until recently…

Taxation is not accepted and maybe never will be. Is it the bogeyman more hated even than Hitler, or any dictator? Well, it is a dictator isn’t it? What right has anyone to come and take our money away?

I despair at the way people growl, spit or bully – however you might put it – the word ‘Work’. All kinds or people of all occupations and classes. Even fervently religious people. ‘I worked for it’. Spoken nastily, fiercely, forcefully.

You ‘worked’ for it? So it is for your food and rent and other living expenses, and the rest your pocket money? Well, where did you get your job from? Where did the people come from who set up the company you work for? What support got them there? Where did you get your skill or education from in order to do that job? Where did the roads and transport come from for you to get to work? Where were you born? Who has provided medical aid for you whenever you have been ill? What of the fellow workers, customers, clients? What government input made them available to you?

Maybe some customers would not be able to buy your goods were they not on state benefit. To which you must contribute to out of your pocket, or your business will not get enough trade to survive. The point is that no man is on his own. Everything he has and works for is dependent on everyone else. I knew someone once who was unmarried and had no children. He said that the only thing he got for his council tax, as it was called then, was having his dustbin emptied!

He was a teacher. Where did the school come from? Who paid him his wage? How did he become educated in order to be a teacher (and in his day he got his fees paid and a living grant for free) The children he taught, were they born? Who looked after them medically and socially as they grew?

He had a widowed mother. Who gave her a state pension? He did not keep her. When she went into a home, the state paid for that too. You can go on and on. He bought food. How was that transported to his local shops? By what roads? Who pays for the bodies who make health checks on food and catering outlets?

He himself was born in a hospital on the NHS and his mother had received family allowance. If he became ill or injured he would be helped. He was a sportsman and more than once has had hospital treatment after an accident caused by his fun and games in the sports of his choice. Not because he was injured in the pursuits of his job or duty. Some of those examples are to do with taxation not council tax. But I am showing that no man can say he gets noting but his dustbin emptied. Some local council funds will provide policing and street rubbish removal – and schools. Without the council`s provision of schools, what would become of the teachers, clerical assistants, caretakers and cleaners? Would you be paying their dole money?

No man can say he should not pay out of what he has earned. He is alone, outside society noting to do with it. Maybe he pays private school fees for his children. Maybe also he has private medical insurance. But does that pay for the ambulance and its medics, or the police who attend an accident scene or keep his home safe? ( And we all know that the private medical field leans heavily on the equipment of the National Health Service.)

Private this or that whatever, he may well himself have been born and assisted through life by the state. Or people necessary in his life will have been.

It is like any part of the body. All dependent on each other. And the blood which supports the backside as well as the heart or brain – maybe that is the same as the currency which keeps your whole world going. The currency called money, used by State and Local Councils to provide essential services.

What you earn is not just for you because you would not have it without the rest of society.

People even think it somehow clever if they can avoid paying tax. There are radio programmes on the BBC ( surely a state aided institution?) where you can call in and find clever ways around tax, especially death duties.

I paid income tax on it, why should my inheritors pay again? Well, first of all any bequest is a bonus. You have not `Worked ` for it. Yes it seems you are paying twice , but we pay over and over again. Even people earning little or nothing pay purchase tax and VAT. The way they growl out the word WORK – I always picture them hewing rocks in Siberia or some such laborious activity. Hard labour. Plenty of people do hard labour for very little or nothing at all. Many do work they like, or is at least congenial, or even at times has slack moments. I think ` I WORKED ` for it just means they had to go out of their house every day and could not do whatever they fancied. What makes them assume that being at home means you can do what you like? You may have children, a disabled relative. Or simply neither the health nor the income to ‘do what you like.’

Sometimes I am sure that being at this terrible work means boredom, lack of fulfilment, even loneliness. Not working, being unemployed, living on the streets, being mad, caring for the demented, they could bring those ills too. Without the plus of pay.

What is missed by these people who moan about paying tax – and their excuse is that it is all going on bombs or ‘benefit scroungers!’ – is that if they have WORKED then they must have had something to spend.

What makes no sense is that these same people will moan because there are not enough hospital beds, good schools, funds for research into incurable diseases… or dementia! Because it seems this irrationality suggests they are already halfway there!

Brenda in Neverland could well write something like this one day. There are sections in the book which refer to a closer society, with people pulling together more. Not out for themselves as the tax avoiders. The society of the 1950s would have deplored such attitudes.

Neverland is on sale on amazon now, and on all good ebook websites.