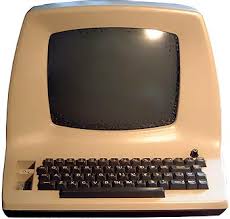 Throughout the ages mankind has had to cope with change. New rules, new laws, new discoveries. New faiths. New ideas. In more recent history there has been foreign travel, with the discovery of new foods, new materials.

The arrival of train travel broadened horizons. The industrial revolution overall made massive changes to life to working people in this country.

Someone once told me that people of my mother’s generation (she was born in 1910) saw more changes than any generation had before or would since. Air travel,space travel, transistor radio, plastic, machines to do housework, a new currency to replace their old £ s p. Films, television …and, since they also lived through two world wars, what a tough, hard pressed,old bunch they were.

So what new about us coping with the mobile and the computer? (I have to say that at times I have resented it. I have been known to moan to friends, ‘ we had to learn to walk and talk. Then to read and do sums. We’ve done it all. Grown up. Learnt to drive. Raised families. Then… Now we have to learn to use a computer.)

But writing about being 60 in the Internet Age irritates me because age is not the question. The big question is how to be human. There will always be people who have no telephone at all, no television and have never set foot out of this country. Perfectly clever and full- living people who manage without a mobile phone.

I am more interested in the fact that here are people of forty and maybe younger who never move, never grow inwardly, at all, and people of 60, 70, 80 and beyond who use the Internet competently for their interests and research.

With them it is not their use of technology which fascinates but their interest , their thirst for, life. I have an aunt of 102 who reads the newspaper daily, ‘ because I want to know what is going to happen to us all.’

The people I talk of go to museums and exhibitions and talks, fervently, always wanting to know and go on learning. And, as an onlooker – and writer – to me they live as though they will live forever.

Maybe that is what being in the moment means. This current focusing on ‘mindfulness.’
In the present there is no future, so no ending. If you are happy and involved, engrossed, you will be in the present. It is only in unfulfilment that you seek the future.

Two rabbis sat talking. Someone asked another rabbi what heaven would be for those two, so engrossed. And he was told, ‘ They are in heaven now.’

So the technological age for the over-60s is no different from the advances facing people over history. It depends what kind of human being you are.

In my next book, a collection of my poetry, I have written a poem about a man of 80 and the kind of ‘eternity’ he has in this life.

Maybe we who embrace these technological challenges are people who feel somehow everlasting. And maybe that is where this blog meets my one on books about the future. People with a thirst for life are somehow imagining themselves here – and at least affecting the world – forever.