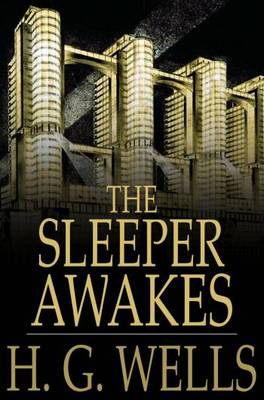 The issue of why writers might want to take up the challenge of writing a dystopian novel is a complex one. After all, a writer’s vision of a future society is invariably going to be miserable because, if you think about it, why would anyone want to read about a brilliant future world? We all should understand the arrogance of imagining our way is best, whatever that way might be, and to look at a future society as less tolerant and amenable than ours generates a rather pleasant feeling of smugness. How many people, if asked, would want to live in a time other than the one fate has chosen for them? For lifestyle, perhaps it is better the devil you know.

Apart from all being English, dystopian writers such as H G Wells (The Sleeper Awakes), Aldous Huxley (Brave New World) and George Orwell (1984) were more than just writers of dystopian novels. Huxley was a philosopher, H G Wells a political journalist and historian and Orwell a journalist and critic who fought in the Spanish Civil War. All three lived through both world wars in the twentieth century, so saw some of the worst behaviour there has ever been between different societies of human beings. Was this what gave them the inspiration to write about future societies that were even worse places to live than the ones they inhabited?

Then there is the concept of being proved right, which is an irresistible one. At its most basic level, the gambler gets a financial reward for predicting the result of a horse race. The political commentators and economists are able to see their future predictions for politicians and stock exchange fanatics make or break careers and sometimes lives. But the writer who can foretell the way people’s lives will be lived in years to come, from their own imagination… That is visionary wisdom of the finest calibre. Look at the three novels mentioned in the second paragraph of this article, and see how many of their ideas for the future have already come true, well before they even predicted they would. Then you can see another reason why you might want to take up the challenge.

Wells wrote his dystopian and science fiction works early in his career, whilst Orwell died having only just completed 1984, a book he had originally titled The Last Man In Europe. Huxley, however, had the luxury of revisiting his 1932 dystopian novel Brave New World 26 years on in 1958 in his book Brave New World Revisited. In between writing these books he lived in Italy and somehow found time to befriend the English novelist D H Lawrence, and even edit a collection of his letters. These three were quite extraordinary people, and their respective works represent some of the finest and most chilling works of dystopia.

It’s a delightful footnote, incidentally, to record that H G Wells last book, in 1945, was entitled ‘Mind at the End of its Tether’.