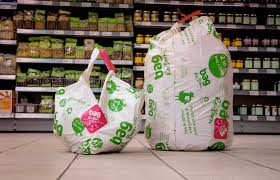 It was Christmas and I was seventeen. My father managed a newsagents’ shop which we lived above, and which was tied into the property.

There were six of us, Mum and Dad and we four children.
The owner sold up and the new owner decided they wanted to live there. We were given a month’s notice to leave.

Dad soon found another newsagents’ job, also with a flat above, but the tenants there did not obey their contract, so it took seven months of legal action before we could move in. My mother took my two youngest siblings – both of school age – to live with her brother and sister-in-law in Essex, so their education was interrupted and they were not particularly welcome in their new abode.

Dad found digs. My older brother, who had worked in the shop, also found another job and digs.

I was in the middle of my first A’level year. I ended up living with a woman from the church I attended. It was supposed to be just for a few weeks, but the situation dragged on and on.

At 21 I had my first baby. We lived in what was not really a flat, just part of someone’s house. A room upstairs, a room downstairs, and the sharing of a bathroom and kitchen, with a family of five.

The family wanted the rooms. Their eldest was getting married. We were given notice to leave. The Council explained that there was a two year waiting list for a council house, and that they were not now building any more. We could afford neither higher the rent nor a deposit and mortgage.

I finally had a brainwave and sorted the situation somehow …
But during those months when we outstayed our tenancy and our welcome, I was even scared to go into the kitchen and wash my baby’s clothes!

The month’s notice went on and on.

Thirty years later, after a short disastrous second marriage to a man who changed overnight and became abusive in every human way possible, I ran off into the night with just my carrier bags. The house was almost entirely mine but it was the only way to let this abusive man know it was over.

Because of all the behaviour I had listed to the solicitor, I was told the situation would be resolved in days. A letter was sent asking him to leave and I was told a petition for his removal would also be sent. I left in August, believing it would be over by Christmas.

It dragged on and on. No petition was sent and the lawyer suddenly seemed to be on the man’s side. I changed twice – and in the end had three solicitors. Each one initially promised to do this and that, but once I had engaged them, and they got in touch with the other side, they changed their position completely, spoke in the man’s defence, fobbed me off, and delayed proceedings. It was more than two years before I was able to move into a property of my own, having lost more than half of what had been mine.

I was kindly housed by my married daughter, but out at a distance, and out of my local area. I had to commute, to see solicitors, to do my part time work, to see people I knew. This wasn’t even to mention my other children. The younger two had been living with me and now we were all dispersed and living in unsuitable circumstances. Including my under aged daughter!

I could not commute back and forth all the time, so occasionally stayed with friends. I lived out of bags. One friend had a shower but no curtain. Another would go out and leave me in the evenings and I did not know how to use her TV, and she had told me I could not use her phone. There were no mobile phones then and I so longed to speak to my youngest daughter. Another friend was a late riser, and never up when I needed to go to work, a problem when I did not know how to get out of her many bolted and double-locked doors.

I had to carry so much around with me, like a bag lady. I could not manage everything, with my books to read, things to do, and food to eat. I think I must have been deranged in those days. Eighteen months of verbal violence and psychological warfare followed by journeying to the law and finding the devil. Who wouldn’t be deranged?

I had to carry around clothes, toiletries and papers for the Adult Education classes I taught. All in just two carrier bags, and I was travelling on public transport, too. Why, you might reasonably ask, was there no room for books and food? Because the third bag held my swimming kit! I swam three times a week to keep fit, to be slim and beautiful and to attract a lovely man – surely at last ? It was insane. I would get off the train at the end of the week and go straight to the swimming baths, needing (of course) two lockers!

Another friend I stayed with had no food in the house because she had an eating disorder. I always remember this situation at this time of year because it all began just before Christmas and went on a long time hence. I shall spend this year thanking providence that I have left those days behind me.