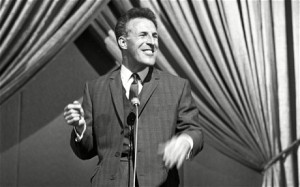 The phrases ‘enjoy yourself’ and ‘have a good time’  have always baffled and, on some occasions, actually annoyed me.

‘Having a good time’ is not the same concept for everyone. Not everyone goes out to enjoy themselves in the same way, and we might well be relieved at that fact.

There is an assumption, I feel, that we all enjoy ourselves in the same fashion – an assumption I believe that ‘a good time’ is made up of any or all of eating and drinking and dancing and noise. Noisy music. Maybe a not particularly good singer into the bargain.

I was brought face to face with this recently, on the holiday where I met the retired Fire Fighters mentioned in my earlier blog ‘The Seven Ages Of Man.’

My friend and I shared a table with a lovely married couple and we talked of our families and where we were going each day, about the weather and the food.

When I talked of my writing they seemed interested and impressed. But not enthusiastic. They were charming and lovely – but not really. Not real. I mean not until I saw them come alive.

There was a quiz on the last evening. We did not stay. I have a blank spot as far as quiz knowledge is concerned.

But the next day, at our last breakfast, our lady and those she had bonded with over the quiz were sizzling. Excited, running about, from table to table. Laughing and giggling.

They were showing me the questions and how they had got the answers as though… Like I don’t know what. Like me when I get a great idea for a story perhaps. Or when I get a surprising flash of where my story can go. Or when I hear some new fact I had never heard of before; like some new insight into art.

I had never seen these women so vibrant, with their eyes so a-sparkle. The questions were word puzzles, not asking for general knowledge, but to me they were nothing remarkable.

But I was mad. I had decided years ago that people are happy and having a good time because they think they are, or because they are doing what is considered fun.

I remember the first time I went out to a pub for a drink in the evening, with a neighbour, a fellow young mum. The minute we sat down in the pub… no, actually as we were sitting down, she began to giggle. A fellow graduate I had met on my degree course! We had not begun talking let alone reached a funny note.

Why am I always surprised at such things? Years before even that, maybe in a holiday camp, or on a seaside pier with my parents as a teenager I noticed that the women in the audience began giggling as soon as the warm-up guy came on stage and said, ‘Hello girls.’ I did not even then think they thought that funny, but had concluded that they were giggling maybe because someone as special as a showman was talking to them. But even then I thought it was partly because we were out having what is seen to be a good time (watching a show in a holiday camp) and what you do in response is to giggle.

A good time for me, where I will enjoy myself and have a giggle, is to go to see a performance of Gilbert and Sullivan.

In The Yeoman Of The Guard, Jack Point says, ‘Tis ever thus with simple folk, an accepted wit has just to say, ‘ Pass the mustard,’ and they roar their ribs off.’

So how can I hope to entertain many of you?

But I refer you back to my ‘Author’s Voice’ piece. Are the masses given what they want, or do they want what they are told they should want?